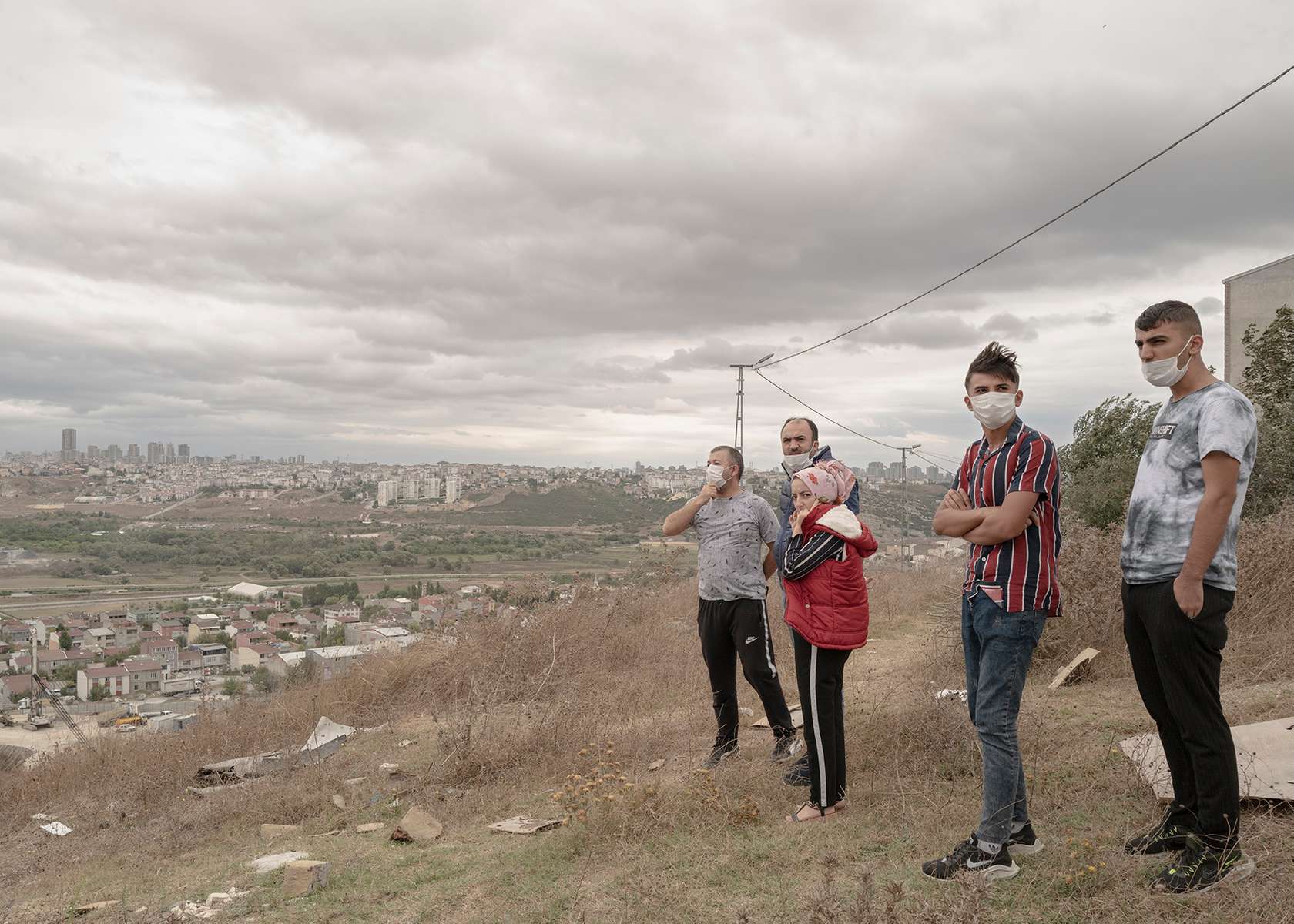 
Family members look over the route of the canal from a hill at Sahintepesi. The Istanbul Canal project, a mega-infrastructure plan that shall link the Black and Marmara Seas, will be 45 km in length and will irrevocably damage forests, farms, ancient settlements, the Terkos Lake, the Sazlidere reservoir and the Kucukcekmece lagoon. Istanbul Canal will also impact the marine eco-system, the Marmara-Black Sea balance and spoil the water flow system along the Bosphorus. The project area is cut through by several fault lines. Its closest distance to the Anatolian fault line is 15 kilometers whereas the furthest distance is 60 kilometers. Potential new properties around the canal will increase Istanbul’s population, which is already 17 million. Also many locals have to force to move from thier lands.This will destroy agricultural and forest land, encourage property developments on natural habitat areas, create infrastructure and more traffic issues. Along with members of the royal family of Qatar, Berat Albayrak, the Turkish Minister of Finance and son-in-law of President Erdoğan, purchased property along the route, meaning he would personally benefit financially from the resulting real estate development. Although this project has been widely criticized by the public, by NGOS and institutions. Some critics have stated that Turkey aims to bypass the Montreux Convention Regarding the Regime of the Straits, in order to attain greater autonomy with respect to the passage of military ships (which are limited in number, tonnage, and weaponry) from the Black Sea to the Sea of Marmara. The Turkish government is calling to tender to start the process against all opposition.